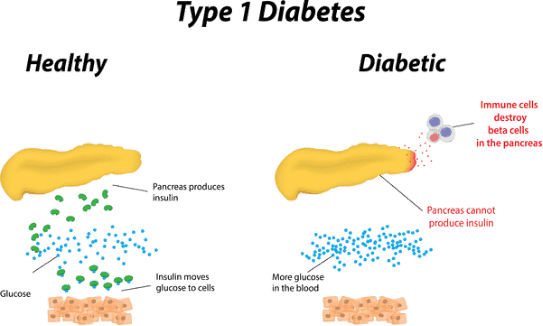 In type I diabetes you cannot go without Insulin. It is found mostly in children and young adults. Previously this type of Diabetes was named as Insulin Dependent Diabetes. Since no Insulin is produced by the body insulin injection has to be administered.

in type II Diabetes Insulin resistance initiate the disease process.Most of the time you can manage without insulin .At some point of time you may require insulin. It is found mostly in grownups. Type II diabetes is seen even in school childrennow a days. It is an alarming situation. Our children are over fed and under exercised. Type II Diabetes has to do more with life style. 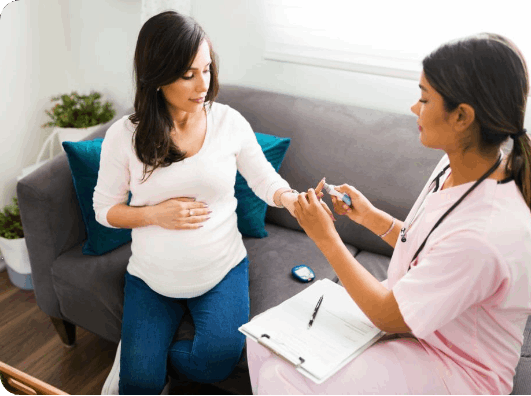 More pregnant women are becoming Diabetic these days. Their number is increasing and pregnancy related complications are also on the increase. The pregnancy Diabetic mother is likely to become permanent diabetic in the long run unless proper care is taken. The baby of the diabetic mother is also at risk of diabetes. Thu diabetes begets Diabetes. This however is serious. We have to be careful.

A diabetic mother can become pregnant. A pregnant lady can become Diabetic for the first time. In the first case the pregnancy has to be a planned one. In the second case the Diabetes has to be managed with very good sugar control and meticulous follow up during pregnancy. Both for the mother and the growing baby in the uterus need very good attention. Relatively serious condition compared normal pregnancy.